The Best of Karloff as James Lee Wong

Between projects for major studios in the late 1930s, Boris Karloff appeared as urbane Chinese detective James Lee Wong in five B-pictures from from Monogram. The studio, best known for quickies of questionable quality, the "Mr. Wong" films ended up being some of the best product they ever released.

(They even have the benefit of Karloff's Asian make-up not causing him to appear like an invader from Mars like he did in "Mask of Fu Manchu.")

Here, I cover the three best installments of the series.

If these sound interesting to you, I recommend getting the boxed set from VCI. It's a great way to own all six movies (five starring Karloff as Wong, and a sixth featuring Keye Luke as the master detective), and the price is right. (And I'm not just saying that because they asked me to write the plot summaries for the films on the menu screen. :) )

Actually, an even better value would be to pick up the "Boris Karloff: Master of Terror" 20 movie set. You'll get all five Karloff Wong pictures... and 15 other movies. 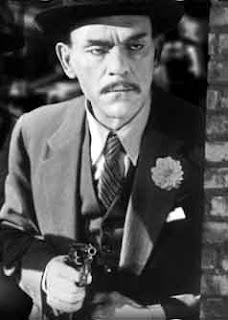 When a powerful captain of industry is found dead inside his locked office moments after police detective Sam Street (Withers) saw him standing at the window, renowned private James Lee Wong (Karloff) joins forces with the homicide squad to interprert the only clues found at the scene--tiny fragments of delicate glass. When Dayton's business partners start dying under equally mysterious circumstances, and sinister agents of foreign powers start appearing in the shadows, Wong and Street have to race against time to prevent more murders, including, possibly, their own.

"Mr. Wong, Detective" is a fast-paced, well-scripted, complex mystery with lots of twists, turns, and misdirections. The array of suspects and the way suspicion moves on and off them, the way motives come into focus and blur again, the clever way the murder weapon is triggered, and the way Wong ultimately unmasks the very clever murderer, all add up to a mystery movie that deserves more attention than it gets.

Another element that adds to the film's quality is the acting. Boris Karloff is excellent as Wong, playing a more subdued and refined character than in just about any other role he played before or after, with the way Wong sarcasticly offers stereotypical "Oriental humbleness" to the face of the bad guys adding flavor to the character and comedy to the film. Grant Withers as Street is likewise excellent in his part, shining particularly brightly in the scenes with Maxine Jennings, who brings effective comic relief to the picture as his feisty girlfriend, Myra. The supporting cast and co-stars also all turn in top-quality performances.

"Mr. Wong, Detective" is a film well worth the time a fan of 1930s mysteries should devote to watching it. It's a great kick-off for the series. 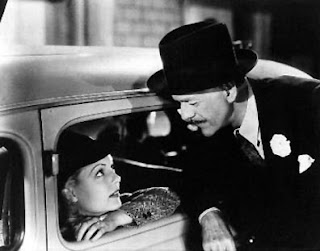 When a wealthy collector of Chinese antiques, with a list of enemies as long as a phone directory, is accidentally shot during a game of charades, brilliant Chinese detective James Lee Wong (Karloff) immediately suspects foul play. His suspicions are confirmed when it is discovered that a valuable gem has been stolen from the collector;s safe, and Captain Street of Homicide (Withers) shows up mere moments after the shooting, explaining that he was called about the murder 20 minutes before it happened. Wong, Street, and their old friend Professor Janney (Herbert) combine wits and resources to solve this most perplexing case.

The second James Wong film is not as good as the one that launched the series, but it's a solid entry that features a decent enough mystery, and a couple of clever murders (even if one is a bit of a plot cheat).

Like its predecessor, "The Mystery of Mr. Wong" provides a couple of nice changes from the detective flick standards of the day. There's Karloff's articulate portrayal of the character with a complete mastery of English. There's also the friendly relationship and the mutual respect that exists between Wong and Capt. Street, as opposed to the usual hatred and contempt that is present between cops and movie private investigators. Another nice change is that Street isn't a complete idiot--he's a competent cop who knows his job. He's just not as brilliant James Lee Wong. (Unfortunately, Street's intelligence seems to fade as the series continues and the writers guide it increasingly in the direction of a typical Monogram mystery flick.)

Karloff's performance is fine as always, and make-up that turns him Asian is again pretty decent. Withers seems a bit more comfortable as Street; in fact, all the players are closer to Karloff's level than what we saw in "Mr. Wong, Detective." (Lotus Long is particularly good in a small but important part.) 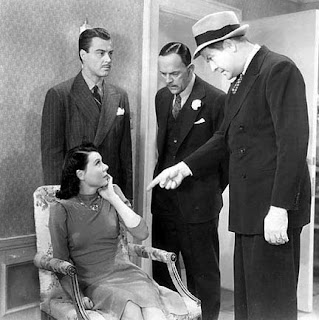 When a common close friend is murdered while investigating smuggling on the San Francisco waterfront, private dective James Lee Wong (Karloff), crime-beat reporter Bobbie Logan (Reynolds), and Captain Bill Street of Homicide (Withers) devote all their skills to finding the killer. Their respective investigations soon zero in on a failing retailer of imitation Chinese antiques, a waterfront nightclub being run by a shady gambler (Puglia), and the obscure connections that exist between them. Soon more bodies start to pile up, and if Wong can't solve the case, he may become a victim himself... and how can Wong hope to catch a killer who can commit murder within the sqaud room of Street's homicide department?

"The Fatal Hour" is another solid entry in the "Mr. Wong" series. The mystery is a multilayered one that's well thought out, and the performances are decent all around. It's not as good as "Mr.Wong, Detective" or "The Mystery of Mr. Wong", but its entertaining enough and it almost manages to reach the greatness that was present at the start of the series.

What keeps this film from rising to the level of the series' best entries is the overwrought nature of the third murder. While its arrangement and solution is as clever as anything you'll find in a Agatha Christie novel, it felt too far-fetched in the context of the rest of the film, and even the rest of the Mr. Wong series. (And this is a series where the murder weapon was triggered by police sirens in a previous film.)